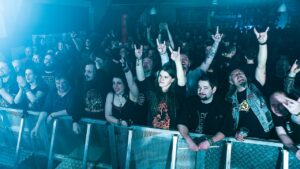 If we have a look on the past events of the non-commercial Metal Diver e.V. , we will recognize accordingly, that in Marsberg and in the area close to Marsberg a cultural flow is  ongoing. The Metal Diver e.V. looks back on a very successfull year with 3 sold out events like the 3rd Metal Diver Festival, the Metal Diver Cruise and the bus tour to the partner festival of the Wünnstock e.V. But besides the visitors of these events, the gastronomy in and around Marsberg makes its profit due to these events.

Round about 600 guests from all over Germany agree on that. Some of them even call Marsberg as a „Heavy Metal Town“. The 4th festival was sold out since the beginning of February 2017.

As the doors of the festival opened at 18.00 o’clock, long queues could been seen in front of the Festival site.

18:15 o’clock 4 shuttle busses arrived from Paderborn, Weserbergland/Warburg, Arnsberg and Brilon at the festival site – beim Festival ein. All in all 150 visitors bought a combi ticket including the festival and the transport by bus.

Inside the festival hall the guests had found everything which makes the fesitval unique since 2014.- familiar atmosphere, strong line up and serveral additional enrichments  (once more the “Jägerettes” with their Jägermeister Bar and a photo-box) and a new Metal Diver merchandising line, which was sold out within 2 hours after the beginning of the festival.

Opener of the festival 2017 was the local act INSANITY. The 5 guys from Paderborn did a great job and the public celebrated a big party. The first “Mosh Pit”of the evening was introduced by the singer of INSAY,Erik Sollmann. 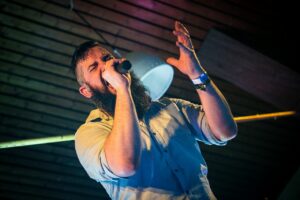 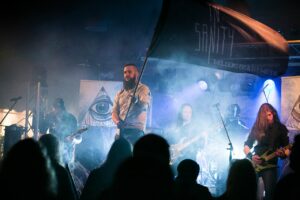 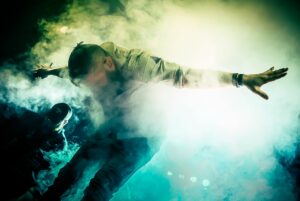 The young band TORMENTOR from Cottbus started where the opener has ended. With Thrash Metal like Kreator and Sodom they knew, how to satisfy the public. One day before the festival, TORMENTOR released their new album and played serveral new tracks like „Kill with no excuse“ or the title track „Morbid Realization“. 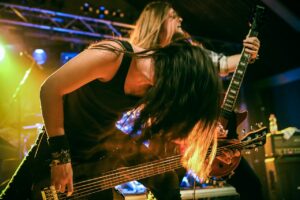 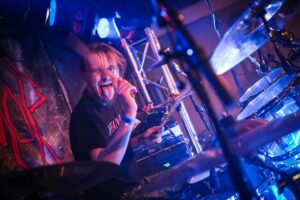 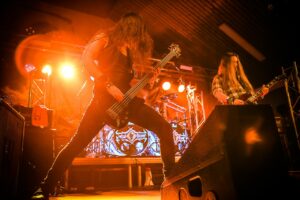 For a lot of people the biggest suprise of the evening was the Japanese metal band GYZE – it was the first band from overseas which ever played on the Metal Diver festival. Their technical skills and their unique kind of Melodic Death Metal was a killer for the public and so the first “Wall of death” was started on the 2017th Metal Diver Festival. Their sound could be compared to Children of Bodom or Arch Enemy. 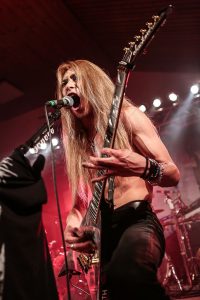 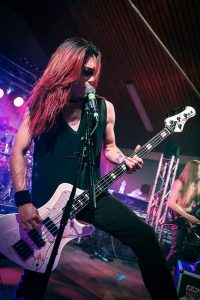 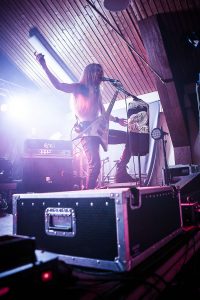 The  co-headliner Majesty embraced with a style compared to MANOWAR. A lot of singing passages had been done by the public. Although their current album „Rebels“ was released only 2 weeks before the festival, the public was  as familiar with the the lyrics of the new songs like „Rebels of our time“ as with classic songs like „Metal Law“ or „Thunder Rider“ . 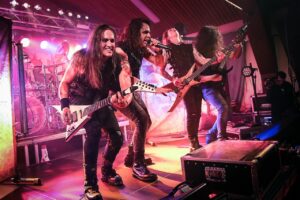 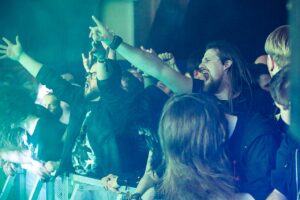 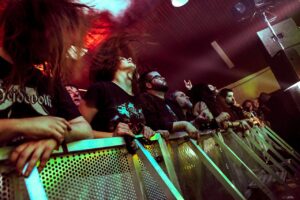 Battle Beast was the first female fronted band on the Metal Diver Festival. She had the public under controle from the first until the last minute of their  90 minutes show. Founded in 2008 in Finland, BATTLE BEAST has made their name with their crashing riffs, electrifying vocals, fulminant solis  and epic refrains. The current album „Bringer of Pain“ is a big success in Germany and the show around Noora Louhimo fwas a highlight of the evening. 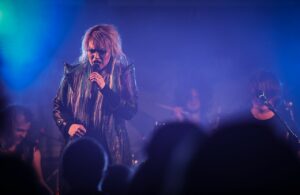 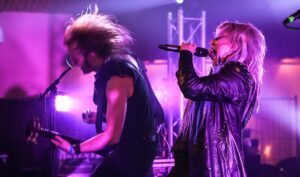 The special “Early bird package” ( 100 limited tickets incl. anniversary shirt) were sold out within 48 hours.  You can get the regular ticket 2018 for30,00 € – including shuttle bus for 45,00 € on www.metaldiver.de . Members need to pay 25,00 €. Additional bands will be released within the next weeks . Fans auf Please visite us on facebook www.facebook.com/metaldiverfestival .

Find out more or adjust your settings.

This website uses cookies so that we can provide you with the best user experience possible. Cookie information is stored in your browser and performs functions such as recognising you when you return to our website and helping our team to understand which sections of the website you find most interesting and useful.

Strictly Necessary Cookie should be enabled at all times so that we can save your preferences for cookie settings.

If you disable this cookie, we will not be able to save your preferences. This means that every time you visit this website you will need to enable or disable cookies again.